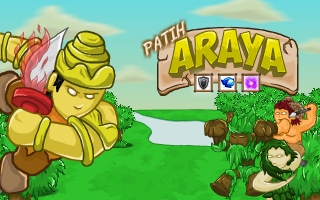 Game Description:
Once upon a time, when there were so many strange creatures lived which known as myth. There is a human with special ability to fight, to attack, to bring peace for human rest from evil creatures. He is the one who could bring the entire future of the world. A young brave man from Indonesia whom we call Patih Araya.

PlayGB also known as Play GB is a website focused in the development of free online games where you can play in your browser, you don't need to download or install anything to play a web game, the only requirement is: Flash Player. If you like to play free online flash games, you are in the right place, follow us to get always our latest releases.